Today we received disappointing news from Millendo in regards to their Phase 2 study of Livoletide in PWS (Zephyr).  Unfortunately, results from the trial do not show the significant improvements in hunger that we had all hoped to see and Millendo has discontinued the livoletide program for PWS.

How was the Millendo drug supposed to work? It's been known for some time that the appetite hormone 'ghrelin' is abnormally high in PWS. Because of ghrelin's known role in increasing hunger, it seemed logical that reducing the activity of ghrelin might improve the hyperphagia (unrelenting hunger) that is characteristic of PWS.  The livoletide molecule focused on shifting the balance of active vs. inactive (acylated vs. unacylated) ghrelin, and an early, small study suggested that this might reduce hunger and decrease weight in PWS.

The Zephyr trial was a large, randomized trial designed to show definitively that livoletide helped in PWS. Participants were assigned to livoletide or a placebo for 12 weeks.  There were no safety concerns identified, which is good. Unfortunately, when the results were unblinded and examined, the decrease in hunger scores were not significantly different in those who received the drug and those who had gotten placebo.  Consistent with the lack of improvement in hyperphagia, there was no notable improvement in some of the other parameters that they were following, including weight loss and body composition, in those who received the drug.

So what does this tell us?  It has long been apparent that control of appetite and satiety in the body is extremely complex, with many hormones/neuropeptides involved.  Although ghrelin is abnormally high in PWS, and seemed like a good target, it may not actually be the main driver of hunger in PWS.  Some researchers have suggested that ghrelin is increased in part as a result of insulin being low in PWS (they counterbalance each other), and thus the high ghrelin is a 'marker' rather than the cause of the hunger. A different clinical trial targeting ghrelin in another way also recently reported lack of efficacy in PWS, supporting the suggestion that ghrelin may not be the main driver of hunger.  The upside of these findings is that it will help researchers focus efforts on other pathways of hunger and satiety to target for PWS.

Are there any other silver linings?  Yes, certainly.  Millendo did a fantastic job of getting this large trial completed.  In so doing, they helped build the capacity of the PWS clinical network, and helped the PWS research community improve its ability to effectively complete trials.  The drug was rigorously tested, and though the results were not positive, it is important to have a solid answer.  Importantly, the company has stated they intend to publish the results, which will help us learn more.  In addition, Millendo has done some very nice work (some of which was reported at the last FPWR meeting) to understand what medical problems are present in the PWS population, which is important for optimizing care, even before new treatments are available.  Finally, our patient community once again showed its strength and resolve in working to advance new therapies, quickly enrolling and robustly participating in this study.  We are disappointed but resilient, and will continue the work needed to improve the lives of those with PWS. 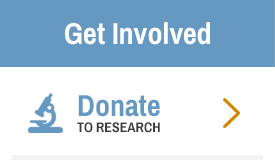 The mission of FPWR is to eliminate the challenges of Prader-Willi syndrome through the advancement of research. High-quality research will lead to more effective treatments and an eventual cure for this disorder. By working together, we intend to free our loved ones from the burdens of PWS, allowing them to lead full and independent lives.