“Change Invites Us to Reimagine, and That’s Such a Gift” Says PWS Hero

Julie Foge shares how her daughter's PWS diagnosis led her to the FPWR community and motivated her to start a local fundraiser to help those with PWS.

Eliza turned eight this month, and it’s hard to put into words just how much our life has changed in that span of time. I knew it would the moment we got her diagnosis, of course, but it didn’t happen the way I imagined.

In the beginning, it seemed like a sentence, and I remember 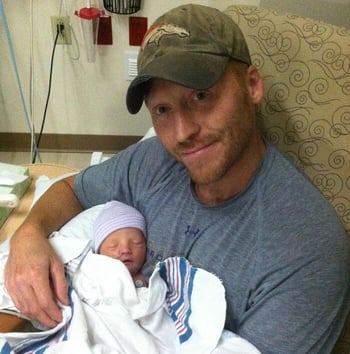 wondering whether I would ever feel lightness or joy again. It sounds extreme, but it’s true. The rug had been yanked out from under us the moment the neonatologist read the official report, and we felt as though we were falling through a trap door into a shrinking, collapsing future. Instead, it turned out to be a door to transformation, leading us on a journey with lots of twists and turns, but also with awe-filled wonder, reckless love, and fierce community.

In the very beginning, just after we landed unexpectedly in the NICU when Eliza still couldn’t get the calories she needed after a day of trying, I wanted nothing more than to know what was wrong so that we could fix it and go home. But when we found out it was Prader-Willi syndrome two weeks later, I wanted desperately to go back to the unknowing. The endless possibilities I had once imagined for her seemed suddenly capped, as if the words themselves changed who she was and who she would become.

I cradled my tiny baby and wept for the challenges I knew she would face…the challenges I was powerless to take from her. Amidst the wave of emotions (and there were many), the one that still stands out to me in those early weeks and months was helplessness. I was supposed to be the one protecting her and providing for her, but I couldn’t take this away. And because I had no connection to PWS resources and community, I felt as though I was processing it all alone on an island. 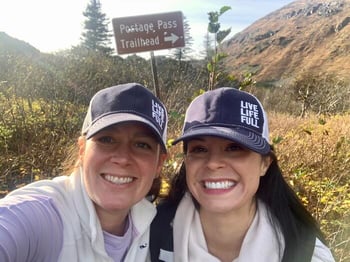 That all changed the day I met Rachael, a fellow mom whose son was diagnosed nearly a full year prior. She was further along on this journey, and she threw out a lifeline of hope that I desperately needed. She showed me pictures of her sweet boy, Jude, invited to me to the secret Facebook group for PWS Lovebugs that I didn’t even know existed, and shared with me her dream to start a turkey trot fundraiser in our part of Denver, asking if I wanted to team up and do it together the very first night we met. After six months of wandering fearfully on that island, I was beyond grateful for the deep bond with another mom who “got it” and even more for the opportunity to actually do something that I knew would impact Eliza’s future.

Rachael and I spent countless hours at the dining room table building our event from the ground up. It seemed overwhelming at times - researching permits, code regulations, insurance requirements, and registration options - but we kept at it. What we lacked in experience, we made up for with determination and hard work, chipping away at the massive to-do list with equal parts enthusiasm and exhaustion. We had to build a community of volunteers, runners, and timing and registration professionals to make it happen, but at every turn, people showed up willing and eager to help. 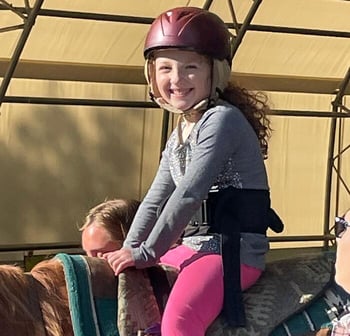 The first race was in 2015, and despite icy conditions and seven degree temperatures, nearly 500 people chose to start their Thanksgiving Day supporting our cause. Since then, we’ve hosted thousands more runners and volunteers, raising well over $100,000 for FPWR.

Perhaps more importantly, we’ve been able to raise awareness in our local community and later in a more global community when COVID opened the doors wide to virtual options, something that came in extra handy when my family and I moved away from Colorado.

I’ve learned again and again that change is inevitable, and change can be hard. But it invites us to reimagine, and that is such a gift. We reimagined our Thanksgiving tradition away from the feast and into something more deeply connected to what the holiday is all about when we started the race. And FPWR reimagined it a step further into the virtual, user-friendly platform that’s now available for anyone. Our family has reimagined our eating habits and our focus on getting active, and we’ve certainly reimagined what it means to be in community with others and what it means to lean into faith and love.  It has changed how I feel about inclusion, about education, about healthcare. And it has changed me. At every turn, I would choose the reimagined version.

I wish I could go back in time and tell the terrified me all that was waiting just around the corner. I wish I could have glimpsed at the ways advocacy, community, and hope would spring up and bloom into something so beautiful. And I wish I could peek then at the Eliza of today…a girl who skis down mountains and snorkels with sea turtles. A girl who loves her family and friends with unfiltered devotion and who walks through life in a state of wonder, curiosity, and fierce determination.

We have our struggles, to be sure, but we don’t struggle alone, and we know that the hard parts are only a piece of the much bigger picture. Prader-Willi is something she has and not something she is. She is uniquely gifted and utterly delightful, and her dad and I count ourselves nothing but absolutely blessed that she is ours.

FPWR has a saying that we have adopted as a family (along with our other mantra, We can do hard things), and that is Live Life Full. We want Eliza - and all people with PWS - to feel full.

And while we’re willing to sit beside her on this crazy ride…to hold her hand and laugh with her and cry with her and advocate like hell for her, what we want most is for her to take the wheel and set out on an adventure of her own choosing. I am thankful to have a front-row seat, and I honestly can’t wait to see where it takes us because I just know it’s going to be good.

Melissa became involved with FPWR in 2014 after her son, Kemett, was diagnosed with PWS. That year she hosted her first One SMALL Step Walk which raised over $115,000 and earned herself the honor of hosting the FPWR conference in Austin, TX in 2015. Melissa has over 9 years of fundraising and development experience and a Masters in Social Work from The University of Texas with an emphasis on Community and Administrative Leadership. Melissa will be assisting with database management and administrative duties.