Two studies look at probiotics use in PWS and effects on constipation, abdominal fat, insulin, withdrawn/depression symptoms, and attention problems. 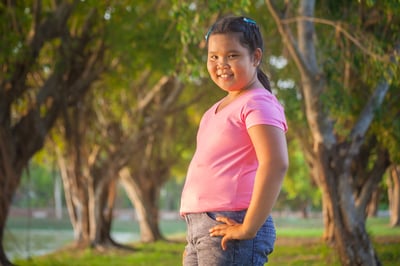 People with Prader-Willi syndrome (PWS) experience many symptoms and concerns, but for many, one of the most bothersome issues on a day-in, day-out basis is constipation, with symptoms seen in up to 40% of adults with PWS. There are a few potential reasons for this constipation, including diet (low fiber intake) and reduced muscle tone throughout the body, including reduced muscle tone in the smooth muscle cells in the colorectum. The low muscle tone, along with increased appetite in PWS, can also lead to excess fat mass and obesity in people with PWS.

Increasingly, researchers are recognizing the role of the "microbiome" in the health of individuals, impacting everything from fat mass to immunity to mental health (many good reviews of this topic are available, including this article on the Harvard T. H. Chan School of Public Health website and this one published in the European Journal of Nutrition). One way to impact the microbiome is to take a probiotic. Probiotic supplementation can impact gut motility (movement along the GI system) and may be a potential way to improve and reduce constipation symptoms in people with PWS. In addition, some studies suggested that altering the microbiome might decrease central fat mass and improve insulin resistance.

One probiotic strain (Bifidobacterium animalis ssp. lactis B94) has been shown to improve constipation in children with irritable bowel syndrome, and several probiotic strains have decreased central fat mass and insulin resistance in adults with general obesity. Therefore, two separate groups of researchers wanted to study the effect of probiotic supplementation on people with PWS. One study assessed the effect of B. lactis B94 on constipation symptoms in adults with PWS, and one study assessed the effect of a different B. lactis strain (BPL1) on abdominal fat and other cardiometabolic outcomes in children and adolescents with PWS.

Twenty-five adults with PWS completed the study, and their mean body weight did not change over the study. Stool frequency (the main outcome), and gastrointestinal symptoms (a secondary outcome) did not significantly change between periods (meaning there was no difference in GI symptoms or stool frequency between time on the probiotic and time on the placebo). The composition of their microbiota (assessed in their stool) also did not differ between periods of probiotic and placebo. However, there might be a delayed carry-over effect of the probiotic on stool motility, as the researchers found stool types 6 and 7 (the highest motility) were highest during the period of washout after taking the probiotic.

The PWS abdominal fat/cardiometabolic study was also performed as a crossover trial. In that study, participants were randomized to either receive the probiotic or a placebo for 12 weeks, then 12 weeks of no supplementation, and then the person would receive the opposite supplement from the first treatment period (placebo or probiotic) for 12 weeks. The main outcome of this study was change in fat mass, but gut microbiota, hyperphagia, lipids, and glucose levels were also measured.

Thirty-five children and adolescents with PWS completed the study, aged 2 to 19 years old, with a mean age of 10.4 years old, and an average body fat mass of 40.8%. The gut microbiota of these participants did not significantly differ by treatment with the probiotic. The researchers did not find a difference in total body fat mass between the different treatments (probiotic or placebo). However, when looking only at study participants older than 4.5 years old (normally when children with PWS enter nutritional phase IIB and start showing signs of hyperphagia), the researchers found a significant decrease in abdominal fat mass after probiotic supplementation compared to the placebo. When looking at hyperphagia, energy intake, blood pressure, lipids, and glucose levels, there was no difference between probiotic and placebo. However, they did find that the probiotic supplementation significantly decreased fasting insulin and insulin resistance levels compared to placebo. Interestingly, supplementation was also associated with a modest improvement in withdrawn/depression symptoms and trended towards improving attention problems compared to placebo.

There were no safety concerns that arose in either study. Thus, overall, both studies are encouraging, and represent good first steps to improving health in PWS through probiotic supplementation, but additional studies will be needed to see if the benefits are lasting and can be improved upon. One limitation of both trials is the relatively short period of evaluation; longer periods of supplementation may be needed to show a change in GI transit/frequency or severity of constipation. In the abdominal fat study, the probiotic supplementation decreased abdominal fat mass in participants over 4.5 years old, improved fasting insulin levels and insulin resistance, and was associated with improvements in some mental health symptoms. However, a longer study is also needed to see if this BPL1 probiotic continues to show benefit when used as a long-term supplementation approach for children and adolescents with PWS.