Evidence For Accelerated Aging In Young Adults with PWS

Two recent papers address aging in PWS: one comparing actual age to the brain's appearance in MRIs, and another measuring telomere length in blood samples. 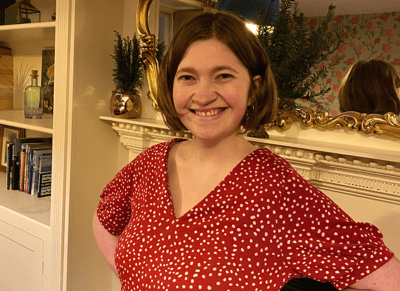 Two recent papers address an area that has received very limited attention to date, aging in PWS. Both papers point to differences in aging in young adults with PWS compared to typical individuals and suggest that this is an area that is in need of further investigation.

The first paper, from a collaborative group in the UK that includes Tony Holland, Kate Manning, and FPWR scientific advisory board member Tony Goldstone, examined MRI images of brains from individuals with PWS. Changes in brain structure with age have been increasingly well-defined in the typical population through the development of large-scale brain imaging studies and databases. Here, the investigators looked at brain images from those with PWS and used the information from typical individuals to predict the age of the PWS individual. The “brain-predicted age” was determined and a "brain'predicted age difference," or brain-PAD was calculated, representing the actual age of the person compared to how old the brain "looked" on the MRI.

In a group of PWS young adults (average 22 years old), the brain predicted age was significantly higher than the actual age, with an average brain-PAD of more than 5 years, even when the comparison was controlled for weight/body mass index. Although the tested group was fairly small (n=20), the researchers looked for an association of the increased "brain age" with IQ differences, hormone use, psychiatric medication use, and repetitive and disruptive behaviors, and found no associations with any of those parameters. They were not able to look at genetic subtype differences, since all but one participant had PWS by deletion.

It’s not yet clear if these changes represent premature aging in PWS, or whether the differences might just be a consequence of atypical brain development in PWS overall. Additional studies that examine brain changes over time (longitudinally) will be needed to understand the "natural history" and full implications of this finding, but this study represents a strong first step in exploring how the brain ages in PWS.

A second study, from the Netherlands, led by Dr. Anita Hokken-Koelega, examined "telomere length" in blood samples from those with PWS.  Telomeres are the tips of your chromosomes, which are present in (almost) all the cells in your body. As people age, their telomeres shorten. It’s important to note that environmental influences, such as stress and poor sleep, can hasten telomere shortening, whereas healthy diet, exercise, and stress reduction can lengthen telomeres. (You can read more in a book by Elizabeth Blackburn, who received the Nobel Prize in 2009 for her work on telomeres: The Telomere Effect: A Revolutionary Approach to Living Younger, Healthier, Longer.)

This research group examined telomere length in 47 young adults with PWS (average age 19, about half each with PWS by deletion and PWS by UPD, with three individuals having imprinting center defects). Those with PWS were compared to 135 typical individuals as well as 75 young adults who were born without PWS, but who received growth hormone therapy because they were born small for their gestational age (SGA). While the typical individuals and those who were SGA had similar telomere length, those with PWS had significantly shorter telomeres. This is another sign that those with PWS may experience premature aging.

Together with the fact that individuals with PWS are living longer lives in general because of earlier diagnosis of PWS, growth hormone use and better clinical care guidelines, it will be important moving forward to promote research aimed at understanding aging in PWS, how it might differ from the general population, and how best to maintain health and wellbeing in adults with PWS.