Mindfulness Based Intervention Shows Promise for Aggression in PWS

A study by Nirbhay Singh and colleagues looked at using mindfulness to manage aggression in adolescents with PWS — and the preliminary results are promising! 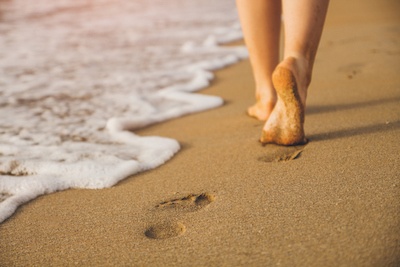 One of the most difficult and independence-limiting behaviorial issues for people with PWS is aggression, including temper outbursts and verbal aggression. These behaviors often negatively impact vocational and social opportunities, and yet there have been few successful interventions and studies in this area.

It's understandable that caregivers and researchers have focused more on the management and treatment of hyperphagia than on aggression, given hyperphagia's immediate health risks. However, for many families, behavioral challenges can be extremely daunting, and the development of viable treatments for anger and aggression in PWS should be a high priority.

Nirbhay Singh and colleagues conducted a recent study on the use of mindfulness for the management of verbal and physical aggression in adolescents with Prader-Willi syndrome published in Developmental Neurorehabilitation. The preliminary results are promising and are described in this blog.

One treatment approach that has been gaining attention in the area of behavior and health is mindfulness-based procedures. In the last decade, mindfulness-based procedures have been used to effectively address a variety of medical and mental health conditions, especially with regard to intellectual and developmental disabilities. Mindfulness approaches have been a major subject of increasing general research interest. Approximately 52 papers were published on mindfulness approaches in the early 2000s, and that number had risen to almost 500 by 2012. More recently, mindfulness-based interventions have achieved a lot of attention and positive results in the management of challenging behaviors in individuals with intellectual and developmental disabilities.

Meditation on the Soles of the Feet

Nirbhay Singh and colleagues conducted a recent study on the use of mindfulness for the management of verbal and physical aggression in adolescents with Prader-Willi syndrome. In this small pilot study, Dr. Singh examined the rates of verbal and physical aggression in three adolescent males with PWS before and after the mindfulness intervention. The mindfulness-based intervention they used was called Meditation on the Soles of the Feet.

This intervention was specifically designed for people with intellectual and developmental disability and has been shown to reduce aggression in people with autism, as well as in people with varying forms of intellectual disability who also had mental health challenges. Meditation on the Soles of the Feet teaches the person to recognize the triggers for their aggression, then to move their attention away from the situation and focus their attention to the soles of their feet.

In developmental psychology, controlling behavior by recognizing our response to it and then voluntarily shifting attention away towards something else is called “effortful control.” Effortful control involves task switching and cognitive flexibility, which can be an area of challenge for many people with PWS. Kate Woodcock and colleagues have found a link between aggression, temper outbursts and task switching in individuals with PWS. Meditation on the Soles of the Feet may address this challenge by teaching people with PWS a strategy to move their attention from one thing (e.g., what they are upset about) to something neutral or calming. This ultimately can help the person with PWS learn to better control or change his or her response to the problem.

Each adolescent was required to practice daily with his parents and whenever something came up that was upsetting or a possible trigger for aggressive behavior. The adolescents were instructed to keep practicing the meditation technique until they could independently use it to manage their verbal and physical aggression. This practice phase varied from 33 to 37 weeks for each of the adolescents.

Following this practice phase, the parents continued to collect data on their adolescents' verbal and physical aggression / behavior for 12 months to assess the strength of the treatment. Follow up measures of behavior were completed again at 12 months.

Results of Study, and Next Steps Needed

Since there have been very few successful interventions for aggression and temper outbursts in PWS, these are exciting preliminary findings. However the study was limited in terms of number of subjects and gender (only males participated in this study). Important next steps in this area would be to expand the study to a larger sample of people with PWS.

Additionally, it would interesting to see if there were spillover effects in terms of whether regular practice of this mediation technique might also decrease anxiety and other mood symptoms in the individuals with PWS. Toward this end, Drs. Stewart Einfeld and Lauren Rice (University of Sydney) will be conducting a study funded by FPWR-Canada to evaluate whether Meditation on the Soles of the Feet intervention can facilitate self-management of temper outbursts and other behavioral challenges in a larger sample of individuals with PWS. This study will address one of the ten research priorities that arose from the PWS Mental Health Research Strategy Workshop held in March 2015. That is to adapt and evaluate current state of the art behavioral interventions, including mindfulness, for treating anxiety, obsessive-compulsive behaviors and temper outbursts.

A new clinical study is now evaluating the feasibility and acceptability of a mindfulness-based intervention for managing temper outbursts in PWS. The study will also evaluate the interventions  impact on anxiety.  This study will be conducted remotely via phone, email and video-conference. Eligible participants with PWS, their primary caregiver (parent or resident carer) and a teacher or support worker will be invited to participate in an 18-week trial. Learn more >> 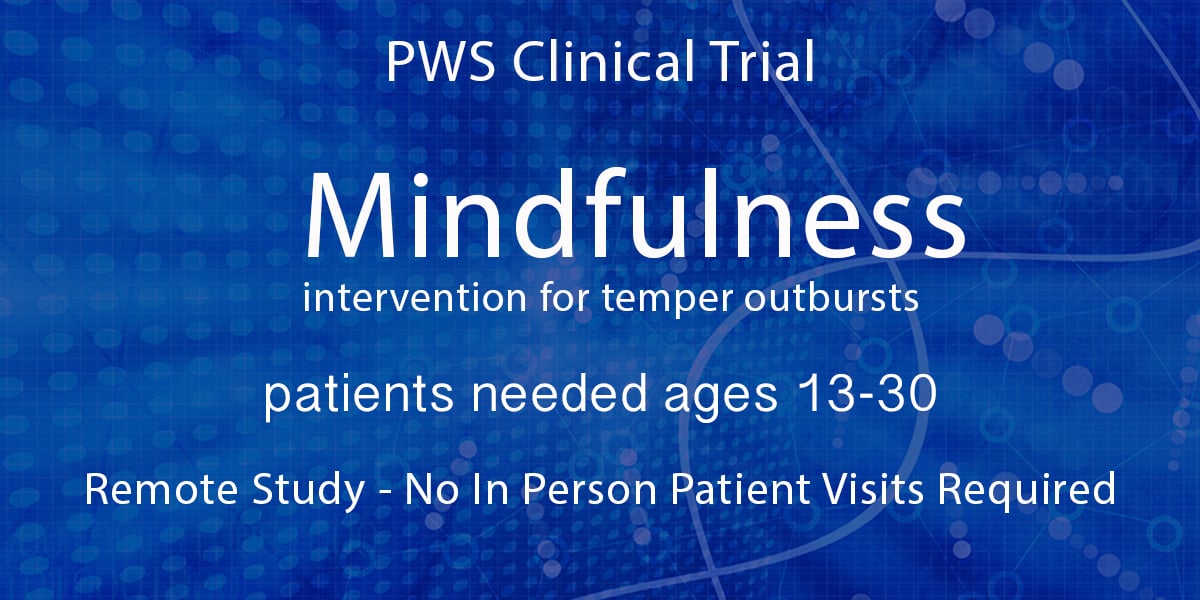 Lauren Schwartz Roth, Ph.D., received a B.A. from University of California, San Diego and a Ph.D. in Clinical Psychology from the University of California, San Diego/San Diego State Joint Doctoral Program. She did her clinical internship and research postdoctoral studies at the University of Washington, Department of Psychiatry and Behavioral Sciences and Department of Rehabilitation Medicine studying the the impact of chronic illness and disability on patient well being with an emphasis on the physical and emotional impact on of living with and caring for someone with chronic illness/disability on families. She is a Clinical Associate Professor at the University of Washington, Department of Rehabilitation Medicine and also works as a research consultant for several outside organizations. Lauren is one of the early members of FPWR and served as Vice President and then President of the FPWR’s Board of Directors from 2004 to 2010. She remained on the Board of Directors until 2016. Lauren has also served on the FPWR's Scientific Advisory Board since 2009. She and her husband Mark have two beautiful daughters, including a 19 year old daughter with PWS.