Dr. Gua-Li Ming from the University of Pennsylvania has developed a new cellular model of PWS: a 3D organoid that mimics the arcuate nucleus found in the hypothalamus. This organoid, derived from stem cells with PWS, was compared to a typically developing organoid to discover several significant differences. Findings were recently published, and Dr. Theresa Strong explains this new publication in the video below.

Several years ago, FPWR began investing in the development of new cell models, and we are now seeing the fruition of those investments. In this study, Dr. Ming's group has recapitulated a mini-brain in a dish. They have developed a technique that takes stem cells and turns them into a part of the hypothalamus: the arcuate nucleus, in a dish.

Dr. Ming's lab grew stem cells over 70 days into a small ball of cells that represent the arcuate nucleus. They did this with both PWS cells and typically developing cells, and then they compared the two to see what was different. This is what they found:

This paper builds on our growing knowledge of how the brain and brain function are different in PWS. This PWS research is important for understanding what new targets for therapy might be, and also gives a potential model that could be used to test and see if particular drugs correct some of the issues we have observed. 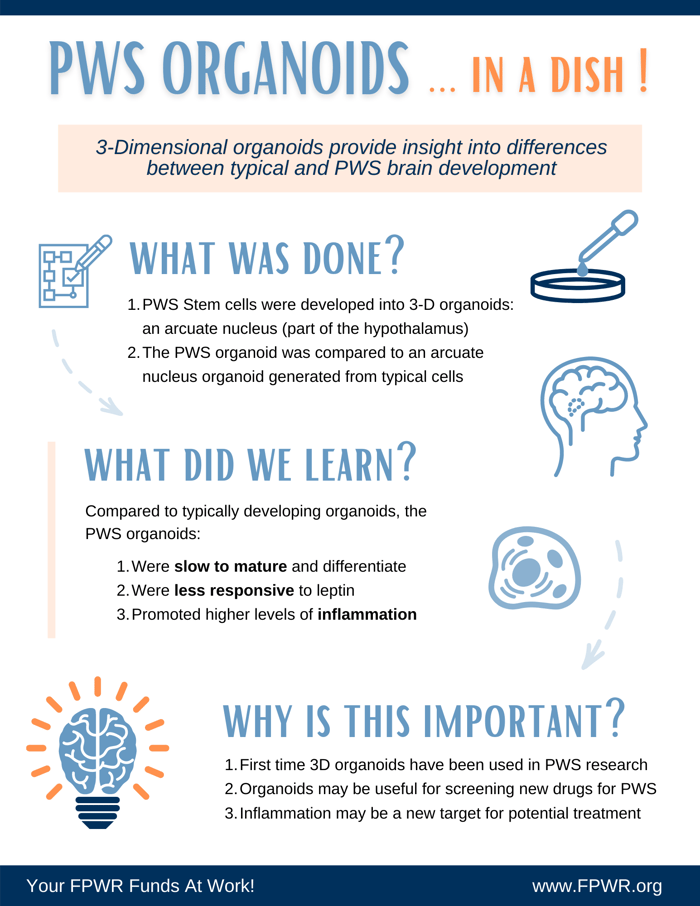