A study of young children with PWS, by Dr. Key and colleagues, supports the development of eye tracking as an objective way to measure hyperphagia. 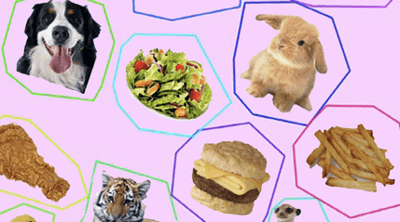 Results have now been published on a study looking at eye tracking and hyperphagia in younger children with PWS (ages 3-11 years old). The study found that children with PWS who had higher hyperphagia questionnaire scores and more advanced nutritional phases also showed greater attention to food as measured by eye tracking. This supports the continued development of eye tracking as a potential marker of hyperphagia in PWS, with the goal of establishing it as an objective way to measure food interest in both research and clinical trials.

Hyperphagia is a key feature of Prader-Willi syndrome (PWS), and it is characterized by intense hunger and overeating. While hyperphagia can be one of the most important and challenging behaviors of PWS, it can be hard to evaluate, especially in the context of clinical trials. Currently, the primary way to measure hyperphagia in PWS is using questionnaires about hyperphagic behaviors that the parent/caregiver completes, but that doesn’t directly measure the PWS-associated fixation on food. A more direct way to measure hyperphagia is needed. One method that might be useful in this regard is eye tracking, which could directly measure the interest a person has in food-related pictures.

Use of Eye Tracking in PWS Research

Eye tracking is a non-invasive measure of a physiological process, which can be used across all ages or levels of cognitive functioning. Prior research has shown that if a picture is relevant and interesting to a person, their gaze fixates on that image more times, and for a longer period of time (called eye gaze fixation), than on uninteresting images. Another important measure in eye tracking is perseverations, a repeated eye gaze at the same item.

Previously, Drs. Key and Dykens, two PWS researchers, performed a research study in children and adults with PWS aged 6-35 years old, and found that a higher number of gaze fixations and perseverations on food pictures was associated with a higher score on the hyperphagia questionnaire. However, these associations were only found when food pictures were on the same screen as animal pictures (animals are a category that are highly relevant and interesting to people with PWS), so the animals would be competing for attention with food. Building on that research, with FPWR support, Dr. Key and colleagues now report on their study to look at eye tracking and hyperphagia in younger children with PWS (ages 3-11 years old), to see if it this same approach can be used in younger children and across a wide range of levels of hyperphagia. This study, Eye Tracking as an Objective Measure of Hyperphagia in Children with Prader-Willi Syndrome was recently published, with encouraging findings that are summarized below.

A total of 57 children with PWS, age 3-11, were included in this research study, (34 with PWS by deletion, 18 with PWS by UPD, and 2 with PWS by imprinting defect), and 47 typically developing children of the same age range to serve as a control group. (A special thank you to all the families who participated!). The parents of the participants completed the Hyperphagia Questionnaire-Clinical Trials (HQ-CT), which evaluates behaviors, drive, and severity relating to hyperphagia. To examine visual exploration, the children looked at many different color images all on one screen, which included common foods (high and low calorie), animals (in non-aggressive poses), and regular household objects (furniture, appliances, clothes). Different combinations of two categories were shown (for example, food and animals, food and objects, animals and objects). A device on the computer screen measured the child’s gaze around the screen as well as the time spent on each object and gaze return (how many times the participants looked back to the same item) for each object.

The results showed that for all children (PWS and typical), food items were explored with more eye gazes and gaze returns compared to household objects, but more animals were explored compared to food. There were some general differences in how typical children and those with PWS looked at the items; the typically developing children had longer eye gaze fixations compared to the children with PWS and also had more gaze returns than those with PWS for both food and non-food items, while kids with PWS spent less time looking at the images. These differences will be important to take into consideration as eye tracking is developed as a potential measure of food interest.

The researchers looked at how these eye gaze measures were associated with behavioral measures (including IQ, nutritional phase, the HQ-CT scores, and BMI). In the PWS group, looking at more food items, looking at food items longer, and going back to look at food items more was associated with both later nutrition phase and higher HQ-CT scores, both when food was on the same screen with animals, and when food was with objects. There were some subtle differences in genetic subtypes, with the PWS by deletion group paying greater attention to food was when it was presented with animals, while the PWS by UPD group paid greater attention to food was when it presented household objects.

Overall, these researchers found that children with PWS did not have greater attention for food items compared to typical children, but, in children with PWS, higher hyperphagia scores and more advanced nutritional phases was associated with greater attention to food, even when compared to other high-interest items (like animals). This research supports the continued development of eye tracking as a potential marker of hyperphagia in PWS, with the goal of establishing it as an objective way to measure food interest in both research and clinical trials.