Why I Believe We Are Entering a Golden Age of Medicine

As rapid scientific developments occur in genetic research, FPWR is assembling the leading minds to evaluate and make a plan for genetic science in PWS. 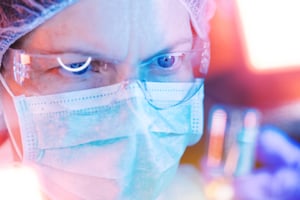 In 1869, scientists isolated DNA for the first time. In 1953, they identified its double-helix structure. In the late 1970’s bone marrow transplantation was introduced, and entire immune systems (genes) were replaced as means to cure some blood cancers. In 2003, the human genome was sequenced.  FPWR’s own director of research programs, Theresa Strong, worked on that project with Dr. Francis Collins.

One milestone after another has been reached, giving us a deeper understanding into how our bodies and minds are constructed.

But as profound as these discoveries have been, for decades, no tangible benefit came of them. In 1998, Jessie Gelsinger was the first individual that participated in a genetic clinical trial to replace a defective gene. Sadly, Jessie died due to a massive immune response, and this failure proved to be a major setback to the advancement of genetic approaches to addressing disease. While it was believed that knowledge of DNA and genetics should be the key to addressing genetic malformations, curing cancer, and ending inherited diseases, despite progress, tangible results have taken more time.

Then in 2011, after nearly 20 years of research, Dr. Carl June and a team of doctors at Penn extracted T cells (immune cells) from a cancer patient, infected them with a nontoxic version of the AIDS virus and reintroduced them back into the patient. These supercharged T cells effectively attacked and killed Emma Whitehead’s cancer.

In 2013 Dr. June’s lab partnered with Novartis, and in 2017, the FDA approved the first ever cell/gene therapy to treat cancer. With the introduction of CRISPR technology in 2005, advances continue. Some highlights include:

There are more than 800 trials underway, targeting diseases including rare metabolic disorders, sickle cell anemia, hemophilia, and Parkinson’s. The FDA expects to be approving 10-25 genetic therapies a year beginning in 2025.

While I fully realize that none of this is soon enough for you or your loved one with PWS, what you need to know is that FPWR has been funding work in the area of gene activation and replacement for many years. This fall, FPWR will be assembling the leading minds in genetic research from around the world to evaluate the state of genetic science in PWS with a goal of creating a plan for the funding of PWS genetic research so that we can be more deliberate in unlocking potential genetic challenges that face our community. This will not be a small task; many of these early breakthroughs address one gene. PWS is more complex and multiple genes are involved, but there is clearly hope.

The speed at which breakthroughs are now occurring is why I believe we are entering a golden age of medicine and our charge is to ensure that the PWS community benefits from the amazing progress being made.

Support our work, join our movement and become part of history!

John Walter is Chief Executive Officer of the Foundation for Prader-Willi Research, leading the organization in its next phase of growth and work with its leadership and research teams to accelerate research and the development of therapies for PWS.