Dr. Mussolino and his team will use a novel approach to activate the maternal genes in the PWS regions.  They are developing ‘designer epigenome modifiers’ (A-DEMs), to target key elements of the PWS-critical region on chromosome 15. This approach may allow more specific activation of genes in the PWS region of chromosome 15 for genetic therapy for PWS. They will test the approach in the lab, using cells from individuals with PWS.

This grant was funded by a gift from the Storr Family Foundation.

Prader-Willi syndrome (PWS) is a neurodevelopmental disorder that occurs in approximately one in 20,000 live births. Since early childhood, these patients are severely affected and show delayed development, weak muscles and psychiatric disturbances. On the long run, PWS patients experience hyperphagia, characterized by a continuous sense of appetite eventually leading to obesity. Cardiovascular and respiratory disorders, as a consequence of excess weight, lead to death both in children and adults in up to 3% of all the PWS cases. Genetic alterations in chromosome 15q11-q13 have been associated with PWS. This region is peculiar as during development it acquires modifications that result in some genes being exclusively expressed from the allele inherited by the mother and others expressed from the paternal chromosome. This phenomenon is known as “imprinting” and it controls gene expression through the deposition of epigenetic marks as DNA methylation or histone modifications that promote the formation of heterochromatin with subsequent silencing of the genes contained in it. Even though the genetic defects are known since decades, the role that each gene included in the imprinted region has on disease manifestation is still under debate. This limited knowledge impacts on the therapeutic options available for PWS. Indeed, while strict control to food access, monitoring of calories intake and growth hormone replacement therapy have strongly improved the quality of life of PWS patients, these treatments remain symptomatic and in case of late diagnosis, are only of limited benefit. As a consequence, it is urgent to develop innovative therapeutics to help PWS patients and it is crucial to elucidate the contribution each PWS-associated gene has on the disease. Recently, PWS-associated genes on the imprinted maternal allele have been reactivated using chemical compounds that inhibit key enzymes involved in heterochromatin formation. Even if promising, such a non-specific approach has unpredictable consequence as it affects the chromatin structure of the whole genome raising serious safety concerns. Capitalizing on our expertise and with the support of the Foundation for Prader-Willi Research, we aim at developing an innovative strategy to precisely change the chromatin structure only at the region containing the PWS-associated genes. We will generate proteins capable of removing the epigenetic marks that drive heterochromatin formation and test their ability to reactivate the expression of imprinted PWS-associated genes in fibroblasts and induced pluripotent stem cells (iPSCs) derived from PWS patients. Our approach has two major advantages: i) does not alter the chromatin structure genome-wide; ii) can be tailored to reactivate single genes from the PWS-region on chromosome 15 to dissect the role each gene has on disease manifestation. Our results will be instrumental to evaluate the therapeutic potential of our approach and its possible application for the treatment of other human disorders caused by the dysregulation of imprinted genes as Angelman Syndrome among others.

In our project we have generated 14 different activating designer epigenetic modifiers (A-DEMs) and selected the best-performing in reactivating epigenetically silenced genes using a reporter system. The most effective were further validated for their ability to activate an exemplary PWS-associated gene, SNRPN, in primary human fibroblasts. Our finding support the hypothesis that targeted epigenome editing can be exploited to selectively activate PWS-associated genes from the imprinted, but still intact, maternal allele in PWS patients. 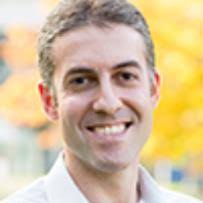