Although PWS is best known for hypothalamic obesity and hyperphagia, the cognitive and behavioral issues are the most challenging for families. Brain difference is the underpinning of the characteristics that define the Prader-Willi personality: food related behaviors, excessive/repetitive behaviors, stress sensitivity/mood disorder, cognitive rigidity, disruptive behavior and skin picking. A few brain imaging studies of individuals with PWS have shown how the brain actually looks different, and functional magnetic resonance imaging (fMRI) brain scans have shown how the brain functions differently during tasks, specifically with respect to food reward and satiety. Recent fMRI and electrophysiological studies have demonstrated that people with PWS have difficulty reading emotional expression in pictures of faces, and when they do, they read happy faces better than sad or angry ones. They respond better to reward than punishment, and they have diminished disgust, embarrassment and shame. A few studies have demonstrated differences in the connectivity (patterns of neuronal transmission and/or communication) between various regions of the brain in persons with PWS compared to normally developing individuals. Previous neuroanatomical studies in PWS have examined cells in the hypothalamus. To date, no data are available on the structure of the brain in PWS at the level of the neuron in the frontal lobe where executive function for decision making, sensory perception and social behavior reside. This proposal seeks to study the number and structure of a modified type of pyramidal cell, the von Economo neuron (VENs). These neurons are found typically in greater numbers in the right hemisphere of the brain in the anterior cingulate cortex (ACC) and frontoinsular (FI) cortex. They are believed to be responsible for sensory awareness, social perception, problem-solving behavior, and maintaining the balance in the autonomic nervous system which determines psychological as well as physiological state. They are abnormal in number and/or distribution in disorders such as autism, schizophrenia, and frontotemporal dementia. These neurons are found in higher primates, elephants and cetaceans whose survival requires social communication; they cannot be studied in mice models of PWS.

Through the generosity of the families who lost a loved with PWS, there are brains available for study at the NIH NeuroBioBank. An oversight committee reviews each proposal to guarantee research qualifications, ethical standards and legal obligations. The proposal for this study was approved and 19 brains have been released for study at Dr. Hof’s laboratory at the Fishberg Department of Neuroscience, Icahn School of Medicine at Mount Sinai in New York City, New York. This proposal aims to examine the FI and the ACC, that are responsible for integrating sensory information from the body with the social, perceptual and thinking part of the brain. Samples from the right and left hemispheres will undergo special tissue preparation and staining to allow microscopic analysis of neuronal structure and architecture. Stereological examination will determine the size and shape of the neurons.

Our study is the first to focus on stereological assessment of neuronal distribution in the anterior cingulate cortex (ACC). Von Economo neurons (VENs) are long, spindle-shaped cells that are found in the ACC and the frontoinsular (FI) cortex. The distribution and density of VENs are affected in several neuropsychiatric disorders. We found increased density of VENs in layer V of the ACC in a small set of subjects with Prader-Willi syndrome (PWS) compared to controls. These were no changes in density or volume of pyramidal neurons in the same brain region. Increased number of VENs during development in PWS may correlate with the onset and intensity of temper tantrums, hyperphagia, autonomic instability and social salience. We are expanding our study to include more PWS cases as well as controls across the age-spectrum, to test whether this observation holds with age and indeed associates with clinical data and genetic subtypes. We also observed atypical distribution and oblique orientation of VENs in the posterior insular cortex. Our findings suggest that abnormal proliferation and migration of VENs may represent at least a partial cellular marker of the observed behavioral phenotypes. It is highly relevant to consider that abnormal distribution of VEN has been documented in brains from patients with autism and patients suffering from conditions that include autistic traits like agenesis of the corpus callosum. As PWS in some cases presents with autism-like behaviors further comparisons of VEN distribution and molecular phenotype, and of the structural organization of the ACC and FI across such disorders will be crucial to understand better the basis of the functional deficits of PWS. 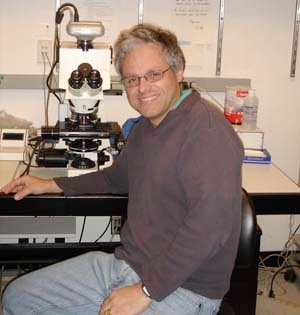