For several decades the most extensively studied human DNA sequences were those generating messenger RNAs (mRNAs) which are used as templates for protein synthesis. The process decoding the genetic information from mRNAs to proteins is carried out by molecular machines named ribosomes and proteins are commonly perceived as essential molecules ensuring virtually all functions of cellular life. It has however become increasingly evident that a large fraction of the human DNA sequences produces a myriad of RNA molecules that are not translated into proteins. These so-called noncoding RNAs, whose existence was barely recognized a few years ago, are now considered as key players in a plethora of normal and pathological contexts. As a case in point, recent studies have identified a few Prader-Willi patients lacking a piece of noncoding DNA at a chromosomal location causally linked to the disease. Genetically speaking, it strongly suggests that the removal of this DNA segment plays an important and possibly direct role in the disease. Interestingly, this missing DNA portion produces many noncoding RNAs belonging to the family of C/D snoRNAs (SNORD116). Most of the C/D snoRNA members introduce chemical tags (methylations) onto ribosomes and thereby play pivotal role in ribosome synthesis and functions. Although identified 15 years ago, the exact molecular function of SNORD116 still remains a matter of active and lively debate. Today, we still do not know whether SNORD116 plays some roles in the production of ribosomes or whether it exerts other unsuspected roles. Thanks to the use of cells derived from Prader-Willi patients, the main goal of our project is to decipher the mode of action of this peculiar C/D snoRNA. Of particular interest, we propose to test the appealing notion that PWS may represent a novel example of the growing list of ribosomal diseases, i.e. diseases caused by abnormalities in ribosome synthesis and/or function. This type of basic research is essential to provide novel insights into the significance of SNORD116-mediated gene regulation, with important medical repercussions for our understanding of the etiology of the Prader-Willi Syndrome.

The Prader-Willi syndrome results from deficiencies in the expression of a dozen paternally-expressed genes embedded within a large imprinted chromosomal domain at human chromosome 15q11q13. As a consequence, our understanding of the relative contribution of each mis-expressed gene in the disease is still a matter of active debate. That said, paternally-inherited ‘micro-deletions’ centered on the SNORD116 genes appear sufficient to promote the development of PWS, as evidenced by rare PWS patients. Besides delineating a minimal critical region, these clinical studies strengthen the notion that SNORD116 plays a prominent, perhaps causal role in the disease. SNORDs are small nucleolar RNAs that regulate gene expression at the post-transcriptional level via transient base-pairing interactions with their cellular RNA targets. Indeed, most of the SNORDs guide the synthesis of 2’-O-methylations onto ribosomal RNA or U6 spliceosomal snRNA. Although PWS-encoded SNORDs exhibit all hallmarks of canonical 2’-O-methylation RNA guides, they lack an antisense element complementary to rRNA and, as a consequence, their mode of action remains highly elusive. In order to better understand the functional relevance of PWS-encoded SNORDs, we generated novel cellular and mouse model knockouts. Ongoing research aims at identifying the neuronal pathways and gene regulatory networks that are affected by the lack of PWS-encoded SNORD genes, with specific attention paid to SNORD116. Hopefully, it will provide new clues on the molecular basis underlying the physiopatholgy of PWS. 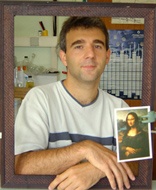