There is currently no cure for Prader-Willi syndrome (PWS). PWS is a complex and debilitating disorder that significantly impacts the lives of not only affected patients, but their families, as well. Recent work has revealed a genetic basis for PWS, and a number of the genes affected are known to have unique expression patterns throughout the developing and mature brain. In the current work, we propose to study how disruption of one of the genes associated with PWS, Magel2, affects normal brain functioning and ultimately generates many of the core symptoms associated with this disease.

In recent work, our group has found that a brain region known as the dorsal raphe nucleus (DRN) plays a critical role in controlling food intake and activity. Critically, we have shown that the DRN can cause animals to either overeat (binge) or stop eating, and these feeding behaviors are controlled by two opponent populations of neurons within the DRN. We have also demonstrated that PWS-associated gene Magel2 is differentially expressed between these two populations. In the current proposal, we would now like to ask whether disruption of Magel2 in either of these populations can recapitulate many of the core symptoms of PWS. Furthermore, we would like to ascertain whether manipulating these populations in a mouse model of PWS can recover normal behavioral function.

We believe that this cutting-edge work has significant potential to both a) contribute to a better understanding of how PWS impacts normal neurological function, and b) ultimately help lead to the development of an efficacious treatment for this debilitating disorder. We aim to fulfill the first goal through studying the impact of Magel2 disruption on normal DRN function. Regardless of the outcome, these studies will directly lead to a better understanding of how Magel2 impacts normal brain function, and whether manipulating the DRN can directly lead to changes in the maladaptive, PWS-associated behaviors. In recent work, we have already demonstrated that manipulating the DRN in a severe mouse model of overeating/obesity can significantly reduce food intake, and ultimately, body weight. These promising results suggest that direct manipulation of the DRN may also be an effective approach for suppressing core deficits of PWS, such as overeating.

We are also confident that the current work can significantly contribute to the ultimate development of a disease-modifying therapy to treat PWS. We have recently identified a number of drug targets within the DRN that can rapidly and potently control feeding, and it is possible that manipulating these targets may be an effective way to treat core symptoms of PWS. Future work from our group will focus on further mining of drug targets within the DRN that may be able to combat PWS-associated overeating and obesity. It is our hope that this work can ultimately contribute directly to the development of an efficacious therapeutic to treat PWS.

* Funded by the Foundation for Prader-Willi Research Canada

A question of fundamental importance to the Prader-Willi syndrome (PWS) community is – how can we develop targeted therapeutics to treat this debilitating disorder?

While the hypothalamus has received significant attention for its role in regulating energy balance, targeted therapeutics have failed to deliver in terms of treating diseases of metabolism, such as PWS. This suggests that alternative pathways need to be identified.

The Nectow Laboratory has recently identified a small population of cells that reside within the brainstem, which potently regulate how much food one eats, as well as how much energy one expends. In particular, we have found that manipulating these cells in the brainstem, within a locus known as the dorsal raphe nucleus (DRN), can simultaneously alter these processes to influence body weight. In our work funded by the FPWR, we were able to make major advances in the application of numerous novel technologies to dissect out the role of this brainstem circuit in the central regulation of energy balance.

Towards this end, we made a number of key findings, which we hope may ultimately have direct relevance for the treatment of PWS: 1) DRN neurons are intercalated within a network of neurons known to regulate energy balance (such as those within the hypothalamus), 2) DRN neurons communicate with these other neurons to directly regulate energy balance, and 3) DRN neurons also communicate directly with the periphery to potently regulate energy expenditure, through changes in adaptive thermogenesis. The third point is of critical importance to the field of metabolism and likely PWS, as it suggests that DRN neurons could modulate metabolic state independent of behavioral change (which is exceptionally difficult, as any parent with a child with PWS well knows).

While the Nectow Laboratory started receiving funding from the FPWR less than a couple short years ago, our time and collaboration with the foundation has been exceptionally productive. We are most thankful for their early support in this work, which was high-risk, but ultimately proved highly rewarding, most recently leading to a publication describing the aforementioned work in Cell this past July (Schneeberger et al., Cell 2019).

$108,000 (This Project was funded by the Foundation for Prader-Willi Research Canada) 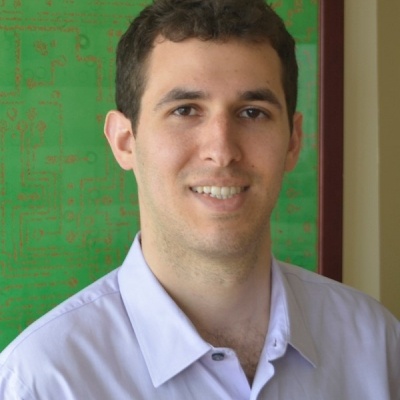