Recent studies with oxytocin treatment in PWS have yielded inconsistent results. Intranasal administration of oxytocin by the Toulouse group decreased disruptive behaviors in patients with PWS, but a recent randomized trial in Australia of adolescents and adults of intranasal oxytocin (IN-OT) found no effect on syndrome-specific behavior in individuals with PWS. However, our recent pilot study of 24 children (5-11 years old) with PWS using a much lower dose of IN-OT than used in the Australian study, strongly suggests oxytocin may improve socialization, and reduce the appetite drive, anxiety, and repetitive behaviors in PWS. However, there individual differences in the magnitude of the response to IN-OT.

Variability in the expression of the oxytocin receptor gene (OXTR) in non-PWS populations has been demonstrated to drive social behavior variations in several different studies. Genetic and DNA methylation modifications have been shown to affect OXTR gene expression in the brain and to impact various social and behavioral responses including feeding. Levels of the active oxytocin (OT) peptide in individuals with PWS remain virtually unknown and nothing is known on the genetic variability of the OXTR gene in PWS. Current methods lack the sensitivity and specificity to accurately measure plasma levels of the active OT peptide versus the multiple inactive intermediate forms even after sample extraction.

Our central hypothesis here is that there is decreased expression of the active oxytocin peptide in PWS and individual genetic and DNA methylation variability at the OXTR gene governs the response to peripherally-administered oxytocin. Therefore, we propose to do the following in the subjects with PWS in our phase 1 study.

We will determine plasma levels of active oxytocin in PWS using a very sophisticated methodology. Comparisons will be made with other children with non-PWS early-onset morbid obesity (EMO) and normal weight sibling controls (SibC) from our NIH funded natural history study. We will characterize the DNA methylation of the controlling region of the OXTR gene. We will determine if individual differences in the DNA sequences for the OXTR gene relate to the effect of IN-OT. We will measure the levels of two proteins important in oxytocin levels in individuals with PWS and compare them to age and gender matched children with non-PWS obesity and normal weight children.

We will be able to correlate our findings with the results from the questionnaires done as part of our pilot studies. Participants, as a group, in the pilot study showed a reduction in the appetite drive and improvements in socialization, anxiety and repetitive behaviors, however there was great variability in responses among the individuals in the study. The reason for this variability may be in the levels of active oxytocin, OXTR methylation, OXTR DNA variability and/or expression of important proteins in the processing of OT. We hope this study will provide answers and guide the personalized treatment with IN-OT for individuals with PWS in the future.

OXTR Polymorphism:  Individuals with PWS heterozygous for the OXTR polymorphism rs13316193-CT in this study showed significant improvements on the hyperphagia scale with IN-OT therapy.  Surprisingly, PWS patients homozygous for either the rs53576-G allele or the rs13316193-C allele did not associate with significant behavioral improvements with IN-OT therapy, contrary to reports in the literature showing positive behavioral associations for these polymorphisms in non-PWS populations.  This has led us to hypothesis that the PWS genetic background may play a critical role in modifying the impact of certain OXTR variants and that specific neurocircuits contributing to social deficits in other populations may be differentially affected in PWS.  Alternatively, it is also possible that the current available behavioral assessment tools that were used in this study are not sensitive enough to capture subtle differences unique to the PWS population.  Going forward, the rs13316193-CT polymorphism could be an important screening tool for the use of IN-OT therapy in PWS.  With next-generation sequencing, we had hoped to unmask other polymorphisms that are predictive of response to IN-OT therapy in PWS, but the funding was not renewed.  These findings were presented at the FPWR scientific meeting in Las Vegas in 2018 and have been written up for publication in a scientific journal.

OXTR Promoter DNA Methylation:  DNA methylation at OXTR CpG sites -934, -989, -959, -924 and -901 (relative to OXTR translation state site) did not differ significantly within the PWS group or relative to normal sibling controls. Thus, it is unlikely that promoter methylation of OXTR in individuals with PWS significantly impacts response to IN-OT therapy.

7B2 Peptide:  In this study, we found that plasma 7B2 levels were significantly lower in the PWS group relative to the normal sibling controls.  We did not observe any significant correlations between plasma 7B2 levels and behavioral outcomes in individuals with PWS receiving IN-OT therapy. 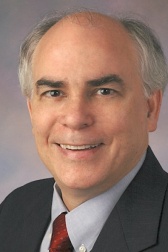