Social cognition, or the ability to understand the thoughts and feelings of others, is impaired in Prader-Willi syndrome. Social reward circuitry (which places value on things in our environment) may also be altered. This impairment may contribute to oppositional behavior and ASD symptoms, which are common in PWS.

Dr. Gallagher is a child psychiatrist who studies social behaviors and social rewards circuitry in children with autism and neurodevelopmental disorders. In this project, her research team will carefully evaluate social cognition and social reward alterations in PWS using cognitive tests, clinical assessments (EEG, eye tracking), and biomarker studies. Specifically, they will look at how ASD symptoms are associated with and may contribute to oppositional behavior, and whether diminished social reward circuitry contributes to some of the behaviors in PWS.

This project will provide us with a better understanding of what drives social impairments and atypical behavior in PWS, which will lead to more effective interventions to improve social cognition and behavior.

This project has been made possible through funding provided by FPWR-UK.

Autism symptoms and atypical social behavior are prevalent and impairing in PWS.  Social cognition, which refers to the ability to perceive and understand the thoughts and feelings of other people, is impaired in ASD and is thought to underpin many of the social impairments in ASD. Studies suggest that social cognition is impaired in PWS but this has not been comprehensively evaluated and the relationship with ASD symptoms remains untested. Our project will determine if atypical social cognition underlies ASD symptoms in PWS and if it contributes to oppositional behaviours.   Next, this study will consider whether there is an effect of altered social reward processing in PWS that drives poor social understanding.  Reward circuitry, which responds and places values on things in our environment, is fundamentally impaired in PWS and contributes to hyperphagia. It is notable that ASD symptoms become more prominent in PWS in later childhood as hyperphagic symptoms are increasing. We think that this may be due to a shift away from social reward in brain circuitry. We will study if social reward has less value for people with PWS and if this is related to increased value of food. Finally we aim to create a bioresource that can be used locally and as part of global collaborative research to investigate genetic and molecular factors influencing reward processing.

2/ Why this research is important;

The FPWR Research Plan 2017-2021 has highlighted the creation of critical knowledge regarding the neurobiology of mental health symptoms. This project will address our gap in understanding the neurocognitive nature of ASD symptoms and atypical social behavior in PWS and how these contribute to behaviors of concern. It will provide knowledge as to whether core PWS deficits in reward underlie poor social functioning which may indicate that treatments targeted at hyperphagia will be effective for social behavior. Finally the study will provide measures that can be further validated as biomarkers of autism symptoms in PWS in treatment studies.

3/ Depending on the outcomes, what would be the next steps;

First, if social cognition impairments are driving ASD symptoms and oppositional behaviors, this will lead to research that seeks to treat these impairments using ASD specific or social cognition interventions in PWS. Second, the tests we undertake could be validated as biomarkers of social cognition and reward processing for use in clinical trials. Thirdly, the bioresource can be used to evaluate the molecular processes involved specifically in oxytocin function and link these to social behavior.

4/ How this project lays the foundation for therapeutic development;

This project can inform treatment approaches for ASD symptoms in PWS. It is clear that ASD symptoms are associated with greater impairments and targeting these will improve level of functioning and reduce oppositional behavior. The project will identify the role of reward in social behavior that can inform future clinical trials that impact on reward processing e.g. oxytocin.

Our study was focused on creating knowledge to improve our understanding of social cognition and changes in the brain’s response to reward on behaviour in Prader-Willi Syndrome. Specifically, we were interested in similarities and differences in how autism traits and symptoms present in PWS and whether these traits or symptoms are associated the same changes in cognition that are reported in autism. In parallel, since autism symptoms are reported to have a later onset in PWS corresponding to the transition across different hyperphagic states, we were interested in whether changes in the brain’s response to food could drive changes in the motivation towards social behaviour.

Although social impairments and differences in social cognition are commonly associated with neurodevelopmental outcomes observed in PWS, e.g. ASD, psychosis and depression, social cognition has been investigated only to a limited extent. People with PWS across their lifespan have identified differences in emotion recognition, social perception and abnormalities in face processing. These may be commoner in those with the mUPD genotype. Theory of Mind, an important higher order social-cognitive skill involving the ability to think about mental states of others is also impaired in PWS. A lack of valid research paradigms suitable for individuals with cognitive impairment has hampered studies of social cognition. Our study aimed to comprehensively characterise social cognition and social reward processing in PWS using developmentally associated cognitive tasks using eye-tracking and to use EEG to evaluate the

To address questions 1 and 2 our plan is to evaluate 3 key areas of social processing using eye-tracking methodologies that allow for the evaluation of cognition that require no active response from a participant. These are more accessible for people with PWS and are appropriate across development. Our protocol uses a set of well-validated cognitive tests based on the autism literature. To address aim 3, we aim to assess how individuals with PWS view social scenes in comparison with how they view food stimuli. We will also use EEG to evaluate brain responses to the anticipation and receipt of food and social stimuli. This can help us to understand if there are differences in PWS in relation to how the brain processes these stimuli.

Our research experienced a significant challenge to address question 3, as there had been no well-developed ways to measure reward sensitivity to food in PWS. This is a key challenge in the field and relates to a lack of well-validated and reliable measures of hyperphagia. As a result, we decided to create a new task to measure hunger and satiety in PWS using eye-tracking. We adapted a task known as the ‘Face Pop’ task, previously developed to assess social cognition in autism. Based on this task we developed a new task that displays food stimuli alongside non-food stimuli to assess the extent to which people look at food when they are hungry and after they have eaten. To validate the task, we first had to test it in typically developing people. We administered the task, and additional behavioural questionnaires to 47 young adults, of normal weight when they were hungry, and after they had eaten a standardised meal. We found that they looked significantly longer and more often at food when they were hungry compared with when they were full. We now aim to adapt this task and the clinical protocol for children and adolescents and people with PWS and to further test and validate it. We believe that this task could be valuable to assess response to new drug therapies for hyperphagia in the context of PWS clinical trials.

Unfortunately, recruitment to the study was impacted by the pandemic as all in-person recruitment to our study stopped in March 2020. We are now preparing to restart recruitment to the study once in person clinical research recruitment has been approved by our institution. We have been supported by additional funds by the Higher Education Authority in Ireland to extend the contract for the researchers employed on the grant which will allow us to continue to collect data and analyse the results. 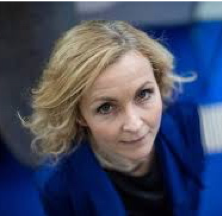