Dr. Schaaf and his team have examined a mouse model of Prader-Willi syndrome (PWS) and Schaaf-Yang syndrome (SYS), as well as neurons made from skin cells of people with SYS, and have found a significant overactivation of an important cellular pathway called the “mTOR” pathway. There are currently FDA-approved drugs that can reduce the activity of this pathway.  In this project Dr. Schaaf and his team will evaluate whether one of these drugs, rapamycin, can decrease the activity of the mTOR pathway and have a positive impact in a mouse model of SYS/PWS.

Prader-Willi syndrome (PWS) is a genetically and clinically complex condition. The discovery of point mutations in a single gene as the cause of a neurodevelopmental disorder closely related to PWS, i.e. Schaaf-Yang syndrome (SYS) has provided great and important insight into the molecular mechanisms responsible for many of the clinical features we see in individuals with PWS. Now, basic science research conducted on cell lines generated from individuals with SYS may lead to preclinical studies and novel therapeutic approaches for both SYS and PWS.

In a mouse model of PWS and SYS, and in neurons generated from skin fibroblasts of individuals with SYS (using induced pluripotent stem cell technology), there is marked upregulation of the mTOR pathway. This pathway has gained a lot of interest in the context of several neurodevelopmental disorders. Importantly, increased activity of this pathway can be targeted with a medication called rapamycin, which is FDA approved and in use for several conditions already. Rapamycin was able to rescue several of the deficits in the human cell lines of SYS.

We propose to study the effects of rapamycin in the PWS/SYS mouse model, which is publically available, and which shows the upregulation of mTOR. In two experiments, we will assess both the prenatal and postnatal effects of rapamycin treatment. For our experiments, we chose easy to determine, highly quantifiable outcome measures (survival at birth, grip strength, and walking distance). Power calculations have been performed to determine the number of animals needed.

Should this investigation determine a therapeutic benefit of rapamycin in the mouse model of PWS and SYS, then the logical next step would be a clinical trial of rapamycin in PWS and SYS individuals. Given the known safety profile and FDA-approval of rapamycin, this would be a fairly straightforward development. The proposed investigation is a both logical and necessary next step on the path of finding therapies to improve health outcomes and quality of life for those affected with PWS and SYS.

Increased embryonic mortality in Magel2-KO animals, as previously reported, could not be confirmed in our study. In this context, the question arises whether there is an increased mortality of human embryos and fetuses upon loss of MAGEL2 in SHFYNG as suspected.
However, our study in Magel2-KO mice clearly demonstrated that early onset treatment with rapamycin at P10 (corresponding to an age of about three years in humans), can significantly increase muscle strength and endurance. Therefore, we conclude that antagonizing mTOR by the administration of rapamycin could also be a good treatment method in patients.
Rapamycin or sirolimus was approved by the FDA as early as 1999 and has been used in humans since then. For this reason, the drug could be immediately tested in clinical trials for its efficacy in SHFYNG or PWS. 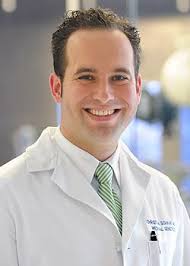