Magel2 is one of a handful of genes located next to each other at a specific location on human chromosome 15. Its loss of function is partially responsible for the development of Prader-Willi syndrome (PWS). Many, but not all, of the characteristic clinical features of PWS including hormonal, reproductive, metabolic and behavioral problems are replicated in a strain of Magel2-null mice that cannot produce the MAGEL2 protein. Although the molecular and cellular functions of MAGEL2 have been extensively studied, it still remains elusive how loss of function of MAGEL2 actually causes PWS-like features. Many studies have concluded that a part of the brain called the hypothalamus is particularly important. In our previously funded project, we used a recently developed technique called single-cell RNA sequencing, which decodes genomic information from individual cells, to identify additional genes with altered expression levels in the hypothalamic cells of Magel2–null mice. One of these genes called Fkbp5 was significantly up-regulated compared to control mice of both sexes. Previous studies by other investigators have shown that Fkbp5 was also increased in hypothalamic tissue from deceased PWS patients and from the hypothalamus of another mouse strain that lacks expression of a second gene called Snord116, which is located close to Magel2 on chromosome 15. Furthermore, elevated levels of FKBP51 (the protein product of Fkbp5) increase behavioral and hormonal responses to stress and alter the normal regulation of body weight, fat mass and blood sugar in mice fed a high fat diet. Our recent study injecting a drug called SAFit2, which specifically blocks the function of FKBP51, to Magel2-null and control mice showed that Magel2-null mice had reduced food intake compared to their control siblings. Interestingly, an increased level of Fkbp5 was found in the paraventricular hypothalamus (a specific brain region that mainly regulates feeding behavior and stress responses) of Magel2-null mice. Based on these new findings, we hypothesize that the upregulation of Fkbp5 in mice lacking Magel2 is necessary for development and persistence of their PWS-like phenotype. We will test this hypothesis using two sets of independent experiments. Since Magel2-null mice have abnormal response to stress, in the first experiment, we will block FKBP51 function in brain through the direct injection of SAFit2 into brain and evaluate whether it will correct the disturbed stress response in Magel2-null mice. Corticosterone (the rodent version of cortisol) levels will be measured under different stress conditions. Since we observed that SAFit2 reduced food intake in Magel2-null mice, in the second experiment, we will inject SAFit2 in the brain, monitor and compare their feeding behavior and energy expenditure to the normal control mice. FKBP51 is an established therapeutic target for several neurobehavioral disorders in humans and can be chemically modified to fine tune its activity. Therefore, our predicted results may provide valuable preclinical evidence that inhibition of FKBP51 signaling is a potential new treatment for children with PWS. 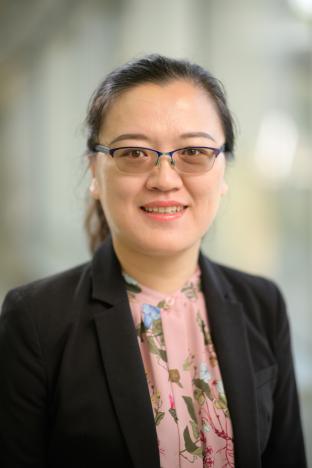