Preliminary research done by Dr. Grzechnik has shown that “long non-coding RNAs”, (lncRNAs) from PWS-region genes may act as important regulators in neurodevelopment. In this project, Dr. Grzechnik will study the changes that occur when the PWS lncRNAs are depleted during the early, middle and late stages of neuronal development.

Overall, the research is expected to help us better understand the normal role of lncRNAs from the PWS region in the development of the human brain, and uncover the molecular mechanisms that lead to the PWS characteristics.

Deregulation of non-coding RNA (ncRNA) synthesis has been observed in many pathological conditions. However, our knowledge regarding the functions of ncRNAs is still limited. One of the frequent genetic disorders directly associated with ncRNAs is neurodevelopmental Prader-Willi syndrome (PWS). PWS patients display a broad pathological spectrum including dysmorphic changes, behavioural problems, and mild intellectual disability. In their early childhood, patients develop hyperphagia which can lead to severe obesity. The syndrome results from the loss of gene expression from the q11-13 region of the paternally inherited chromosome 15. Recent studies, revealed that small nucleolar RNAs (snoRNAs) transcribed from the PWS locus can form two different unusual long ncRNAs (lncRNAs) classes called sno-lncRNAs and SPA-lncRNAs. Recently we employed chromatin-associated RNA-seq (chRNA-seq) to show that depletion of these RNAs results in decreased transcription of neurodevelopmental genes in induced pluripotent stem cells (iPSCs). This indicates that SPA/sno-lncRNAs may act as major transcriptional regulators in neurodevelopment. Now, our goal is to understand how SPA/sno-lncRNAs control transcription during the differentiation of stem cells into neurons. This knowledge is essential to understand how ncRNAs from PWS locus support the differentiation and maintenance of neurons to prevent the development of PWS.
In this project, we will study how the transcriptome changes upon the depletion of SPA/sno-lncRNAs during the early, middle and late stages of iPSCs differentiation into neurons. At each selected stage of neurodevelopment, we will deplete ncRNAs using antisense oligonucleotides and analyse steady-state and nascent transcriptomes using RNA-seq and chromatin-associated RNA-seq, respectively. Such comprehensive analysis of the transcriptome will provide data about both active transcription and RNA accumulation in the cytoplasm, unrevealing the impact of PWS ncRNAs on gene expression during neurodevelopment.
We will also initiate mechanistic studies of how PWS ncRNAs control transcription in stem cells. We will perform pilot experiments testing if their function is associated with the proteins that bind SPA/sno-lncRNAs. Additionally, we will further explore the utility of antisense oligonucleotides in PWS studies by comparing the effects of fast ncRNAs depletion and chromosomal deletion in PWS loci on the transcriptome. Our study will provide a protocol for an easy-to-employ method to analyse the lack of PWS-causing transcripts enhancing the versatility of PWS-related research.
Overall, the proposed research will uncover the molecular mechanisms of PWS and thus will help to better understand the roles of ncRNAs in the development of the human brain. 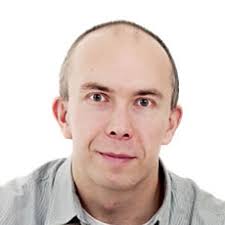