This project uses infant mice to understand the mechanism of a promising treatment for PWS. Oxytocin (OXT) regulates feeding and social behavior. In mouse research and recent clinical trials with infants and young children, OXT seems to improve the core feeding and social behavior disturbances of PWS. In humans, OXT is effective when it is given through the nose. While uncomfortable for the recipient, intranasal OXT is thought to cross from the nose into the brain to improve feeding and social behavior. In contrast, this research will test a novel hypothesis that OXT acts in the nose and mouth to modify behavior. We have recently discovered OXT receptors (OXTR) throughout the nose and mouth of infant mice. OXT applied to the nose could bind to OXTR throughout the oronasal cavity. OXTR appear to be located on the nerves that carry sensory information from the face to the brain and as part of the reflex circuit for behaviors of the mouth and face. OXTR on these nerves may help improve the function of oral and facial reflexes needed to acquire successful feeding and social behavior. Our experiments using mice will determine if OXTR is found in the same sensory cells as PWS genes, test the role of OXTR in the mouth and nose in orofacial behavior, and determine if there is a disruption in OXTR in the PWS mouse model, the Magel2 knock-out.

Depending on the outcomes, the next steps for this research would be to identify the long-term brain and behavior consequences of perinatal oral OXT manipulation. We could also use mice to determine if the same mechanism might function in adult animals. Additionally, we would want to understand what happens to the sensory neurons that respond to OXT. Understanding the role of OXTR in the mouth and nose may lead to more tolerable therapies that include oral treatment instead of intranasal drug treatment. For example, a clinical trial could test the effectiveness of oral application of small volumes of OXT to infants with PWS. If oral OXT enhances oral sensory input, then perhaps a combined treatment intervention with oral OXT and oral and/or facial sensory stimulation would be beneficial.

Even though infants with PWS have unsuccessful feeding and poor social behavior at birth, there is not enough known about the potential role of PWS genes in the development of the neural circuitry controlling the oromotor reflexes supporting immature neonatal behavior. This research may also help identify new ways to reduce the risk of death by choking or aspiration in this population. Finally, this research may help explain the mechanism by which intranasal OXT can improve PWS outcomes, even though there is no genetic abnormality of the OXT system in PWS.

In our studies in mice, Prader-Willi Syndrome gene transcripts were found in peripheral sensory neurons that also express the oxytocin receptor. This suggests that peripheral delivery of oxytocin may impact the function of these neurons and may be part of the hypothesized therapeutic benefit of intranasal oxytocin. This pre-clinical research in mice generates new hypotheses about the role of peripheral sensory systems in brain development in Prader-Willi Syndrome. 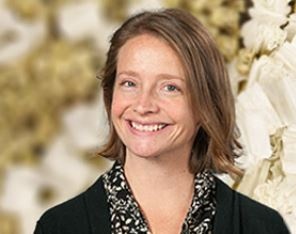