Universal newborn screening for PWS will ensure that all babies with PWS are diagnosed at birth. Dr. Godler has developed a sensitive, accurate and cost-effective DNA test for detection of PWS and Angelman syndrome using the bloodspots (“heelprick”) obtained in all newborns.  In the study, FPWR is collaborating with with the Angelman Syndrome Foundation and the Victorian Medical Research Acceleration Fund to co-fund a pilot study in which Dr. Godler's group will screen 75,000 newborn blood spots to validate the assay so that it might be incorporated into newborn screening – providing early diagnosis and optimal care for babies with PWS, Angelman syndrome and another chromosome 15 alteration, dup15.  A newborn screening test will provide true incidence figures for PWS.

Learn more in this short video!

This grant was funded in part by a gift from the Storr Family Foundation.

Prader-Willi (PWS) and Angelman (AS) syndromes are different genetic disorders caused by opposite effects of DNA methylation at the same genomic location. Both have a reported frequency of approximately 1 in 15,000 births and manifest intellectual disability. PWS is the most common genetic cause of life-threatening obesity; importantly, it can be effectively treated with hormone therapy and restricted diet if detected early. There is a strong case for including PWS and AS into newborn screening programs as there are clear benefits for affected infants and their families through early diagnosis and intervention.

A key requirement for any new condition to be included in newborn screening is a test with high sensitivity and low cost ($1 to $3 per individual). The test must be ethical and ideally based on one or two 3 mm punches of dried blood spot material. Although DNA methylation testing of the SNRPN gene regulatory region detects most PWS (99%) and AS (78%) cases, use of one 3 mm punch of newborn blood spot material has not been validated in large population based studies. Dr Godler’s group has developed a novel, low-cost methylation test named Methylation Specific Quantitative Melt Analysis (MS-QMA) and shown that methylation testing of FMR1 can be used to effectively diagnose Fragile X syndrome (FXS), another relatively common genetic disorder (1 in 4000 in the general population). In 2015 the group was awarded an $800,000 grant from the National Health and Medical Research Council (NHMRC), Australia to perform a prevalence study for fragile X syndrome (FXS) on 100,000 newborns. Furthermore, in 2016, Foundation for Prader Willi Research (FPWR) awarded a 1 year grant to modify the first line MS-QMA screening and confirmatory testing protocol to include PWS and AS and to test performance of the developed pipeline on approximately 1000 newborn blood spots. This is a competitive renewal of the 2016 FPWR project to apply the automated screening cost-effective protocol developed in year 1, to 75,000 newborn blood spots remaining after completion of FXS testing for the NMHRC project.

This proposal will for the first time answer two important questions:

1) What is the current prevalence of PWS and AS in the general population?

2)  Is MS-QMA a feasible approach for combined newborn screening for FXS, PWS and AS?

If successful, the next step would be inclusion of the SNRPN methylation assay into large scale FXS prospective newborn screening pilot studies in Australia and the USA through existing collaborations, coupled with health-economic assessments regarding expanding existing newborn screening programs globally to PWS, AS and FXS. This will ultimately improve outcomes for the affected children and their families through earlier diagnosis and intervention.

Prader-Willi (PWS) and Angelman (AS) syndromes are different genetic disorders caused by opposite effects of DNA methylation at the same genomic location. Both have a reported frequency of approximately 1 in 15,000 births and manifest intellectual disability. PWS is the most common genetic cause of life-threatening obesity; importantly, it can be managed with hormone therapy and restricted diet if detected early. For AS, there are currently a number of promising clinical trials underway. For neurodevelopmental disorders such as PWS and AS, new treatments will be most effective when applied soon after birth, when the brain is most plastic. Thus, there is a strong case for including PWS and AS into newborn screening programs at least in the research settings to: (i) develop birth cohorts to trial new treatments, before core symptoms fully manifest; (ii) collect evidence that there are clear benefits for affected infants and their families through early diagnosis and intervention to enable inclusion of these conditions in standard newborn screening disease panel; (iii) to determine accurate prevalence of these conditions as part of unbiased screening of the population, independent of socio-economic factors.

Another requirement for a condition to be included in newborn screening is a test with high sensitivity and low cost ($1 to $3 per individual), and ideally based on one or two 3 mm punches of dried blood spot material. Although DNA methylation testing of the SNRPN gene regulatory region detects most PWS (99%) and AS (78%) cases, use of one 3 mm punch of newborn blood spot material has not been validated in population-based studies. This gap was addressed in the current project where we have trialled a novel workflow to cost effectively screen newborns and determined prevalence for chromosome 15 imprinting disorders on materials from 27,131 Australian newborns who were consented for de-identified research in 2014. This high-throughput semi-automated workflow used an innovative cost-effective first line screening test, called Methylation Specific Quantitative Melt Analysis (MS-QMA). MS-QMA is specific for abnormal DNA methylation associated with the conditions tested, has low cost (~$2 per infant per condition), and works on only one 3 mm punch of NBS material per infant. While the initial proposal aimed at performing this prevalence and feasibility study on 50,000 newborn blood spots (NBS), this number was decreased because a set of new accurate, but more expensive 2nd and 3rd -line genomic and genetic tests had to be developed/validated and applied to a small number of MS-QMA positive samples (rather than to the whole population) to confirm the MS-QMA results, while differentiating between disorders. Development of these additional ‘reflex’ confirmatory tests was essential, as the standard diagnostic tests typically used on good quality DNA, initially proposed for confirmatory testing, did not work well on archival DNA from blood spots that had limited quality and quantity.

The data collected in this trial showed that the developed workflow is feasible for population- wide newborn screening. The first line MS-QMA testing showed a technical failure rate of 4.6% for screening of archival NBS (stored for 5 years at room temperature: data from 25,880 NBS out of 27,131 could be used). A total of 64 cases were referred for second line testing or 0.25% tested by MS-QMA. Of these, 23 were confirmed to have abnormal copy number variation by real-time PCR and methylation by CINQ ddPCR analysis, as second line tests. However, only 10 of the 23 cases had sufficient DNA extracted from blood spots to be tested by the third line test called Low Coverage Whole Genome Sequencing (LC-WGS). Of these, one case was confirmed to have AS by type I deletion, and one to have maternal dup15q syndrome. The AS case had methylation of 5%, while the maternal dup15q case had methylation of 81%. Three additional cases were confirmed to have abnormal methylation by CINQ ddPCR, with NO abnormal copy number changes detected by real-time PCR copy-number assay. One was typical PWS 98% methylated; 2 PWS mosaic with methylation of 83%.

It is important to note that, we did not initially, plan on screening for dup15q. Dup15q syndrome is another neurodevelopmental disorder, caused by duplication of the PWS/AS critical region either on maternal or paternal chromosomes. It’s a common cause of autism, with some symptomology overlapping with both AS and PWS. Families with infants affected with dup15q may benefit from newborn screening through early intervention and informed reproductive choices, as some are at high risk of having future affected pregnancies. Because we have demonstrated that dup15q is also detected by our workflow, the cost per newborn per condition would proportionally decrease by one third, as one workflow appears to detect at least 3 different conditions. Together the study findings suggest that our automated screening and reflex genetic / genomic testing workflow using MS-QMA as a first line test is feasible, with the combined prevalence of chromosome 15 imprinting disorders being approximately 1 in 5,000 (at least 5 cases in 25,880). Half of these cases showed mosaic methylation levels and would not have been identified (including dup15q) unless quantitative methylation analysis was included as a first line test. Consistent with this, the current prevalence estimates for AS and PWS of 1 in 15,000 to 1 in 20,000 may be underestimated due to mosaicism that may be associated with atypical presentations. Prevalence estimates from this and future studies may: (i) strengthen business case for the industry to initiate new clinical trials for these disorders; and (ii) affect policy and practice / government support for chromosome 15 imprinting disorders. These novel findings are now being prepared for publication, and we hope that they will be replicated in independent international cohorts as part of future prospective newborn screening studies. 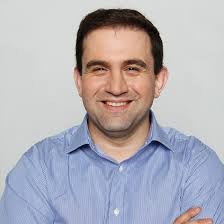