Oxytocin and the autonomic nervous system in Prader Willi syndrome

Study one: There is a reduction in the number of neurons that produce oxytocin in people with PWS. This, along with a range of other evidence supports the likelihood that abnormalities in the oxytocin system are key to the problems of PWS. However, studies examining the levels of oxytocin in PWS as well as clinical trials evaluating the effect oxytocin has on PWS symptoms has led to mixed results.

Study two: A pilot study exploring the effect of vagal nerve stimulation (VNS) therapy in 3 people with PWS unexpectedly led to improvements in maladaptive behaviours. These findings are in line with the polyvagal theory, which hypothesizes that people can switch from being defensive to socially engaging by inhibiting primitive brain regions that activate the fight, flight or freeze responses. The vagal nerve controls these brain regions. Vagal nerve activity can be measured using Respiratory sinus arrhythmia (RSA). Several studies have shown that low level of RSA is associated with reduced emotional control, increased hostility at times of conflict, increased anxiety as well as higher levels of internalising and externalising problems. We intend to investigate whether respiratory sinus arrhythmia abnormalities exist in PWS and how such abnormalities may relate to emotional and behavioural problems and oxytocin/vasopressin abnormalities associated with PWS. Such findings will help specify the physiological underpinnings of maladaptive behaviours of PWS, and show if manipulations of the parasympathetic system are indicated.

The Foundation for Prader-Willi Research UK is a co-sponsor of this project.

The University of Sydney, Australia (Funded in partnership with FPWR UK) 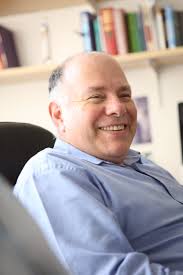