The hypothesis set out in our original application is that t-VNS given over time and following a protocol established for its use in epilepsy, will prevent the prolonged and debilitating temper outbursts and associated emotional dysregulation that characteristically affect people with PWS. We further propose that any improvements in behavior are mediated through a normalization of the autonomic nervous system, which moderates response to threat.

The study is ongoing at present, with seven individuals with PWS, currently taking part. Each individual completes a baseline phase of 4-6 months, during which they get used to wearing the t-VNS but it is not switched on, while daily diaries about their usual behavior are completed. Baseline measures of autonomic nervous system function, such as heart rate variability, vocal prosody, and cortisol are also recorded, alongside the completion of cognitive tasks. Once baseline data is collected, participants enter the active phase, again lasting 4-6 months, where the same measures are undertaken, allowing comparisons of behavior and potential underlying mechanisms in the active and baseline phases to assess whether t-VNS has a positive effect, and, if it does, how this may work. At present two of the seven participants have recently entered the active phase. If an effect of t-VNS on behavior is found, we will initiate a third phase, in which the daily duration of stimulation will be reduced and then stopped to see if behaviors return as we anticipate.

Five, of a target number of six, participants with PWS who had a history of significant problem behaviors completed the four month baseline and 12 month active stimulation phases of this longitudinal modified ABA single case repeat measures design study. Blinding was not possible due to the fact that the stimulation protocol requires a stimulation level that can be felt. The primary outcome measure was the rates of operationally designed outbursts as recorded in a daily diary with additional secondary outcomes including scores on the Challenging Behaviour Inventory and on a Global Attainment Scale. Four of the five participants who completed the study showed a significant reduction compared to baseline in the frequency of temper outbursts. This improvement occurred between 9 and 12 months after the commencement of active transcutaneous vagus nerve stimulation (t-VNS) during which the participants were wearing the device for four hours each day. In addition, in these four participants, by the end of the stimulation phase there was also a significant reduction in scores on the Challenging Behaviour Inventory and a significant improvement in Global Attainment Scores. In the final stage when stimulation time per day was reduced by 50% to two hours a day, all four showed a deterioration in their behavior within two weeks, in two of the participants, the differences were statistically significant. All asked to increase the stimulation time back to four hours a day and this was agreed in accordance with what had been stipulated by the reviewing ethics committee. One participant showed no change in outcome measures during the stimulation phase. The reason for this was unclear. His compliance with using the VNS, as with the other participants, was excellent and no different to those who improved. All four who improved recognized themselves how much better they were, and asked to continue using the device after the study was over, and they are continuing to do so. The analysis of the informant qualitative interviews undertaken at the end of baseline and active stimulation phases identified three themes in which improvement were observed. These were: control of emotions, interaction with the environment, and regulation of behavior. We conclude that t-VNS is an effective and acceptable treatment for the problematic behaviors commonly observed in people with PWS. However, the long lead-in period before improvement is observed may prove problematic in the clinical setting, particularly for those with the most difficult behavior. These observations of improvement in behavior following t-VNS also changes the understanding of the etiology of such behavior away from one that is primarily informed by the perspective of applied behavioral analysis to one in which the likely mechanism is an impairment in the response of the autonomic nervous system to threat. Data collected on speech patterns and heart rate during the course of this study is being analysed to test this hypothesis.

The University of Cambridge, United Kingdrom 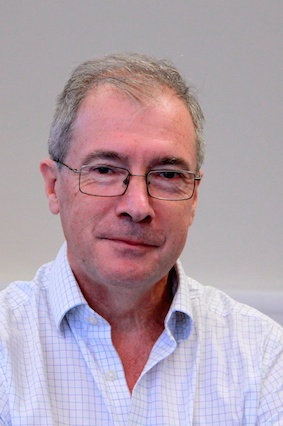