Regulation of PWS Genes in the Endocrine Pancreas

Pancreatic beta cells produce and secrete two hormones, insulin and amylin, that are important regulators of food intake. These beta cells also express several PWS-region genes, but their function in the pancreas isn’t known. This project will shed light on the role of PWS genes in pancreatic beta cells by studying how PWS genes are regulated in response to cellular signals such as glucose and free fatty acids. The research team will also study the regulation of PWS genes in mouse models that are at risk of developing diabetes.

Individuals with the Prader-Willi Syndrome (PWS) suffer from a complex disease with multi-hormonal abnormalities that includes increased appetite and food intake which usually leads to severe childhood obesity. Prolonged exposure to obesity can lead to life-threatening secondary diseases, such as Diabetes, increased blood pressure and heart failure. It is currently not known how loss of PWS genes lead to these pathologies. Most PWS research was focused on the brain and other organ systems in the periphery are less studied. The pancreatic beta cells produce and secrete two hormones, insulin and islet amyloid polypeptide (Iapp, also called amylin), which are important regulators of early development and also regulate food intake by inducing satiety in the brain. Beta cells express several PWS genes but their local beta-cell function is unknown. Further, insulin and islet amyloid polypeptide are activated by the protease PC1/3 which was shown to be strongly reduced in research models of PWS. We thus aim to shed light on the role of PWS genes in pancreatic beta cells. We are going to excise pancreata from mice and purify various endocrine cells to study how PWS genes are regulated in response to common modulators of the beta cell (glucose, free fatty acids, cytokines). Similarly, we are going to study the regulation of PWS genes specifically in beta cells in mouse models that are at risk of developing diabetes (high-fat diet feeding, aging, reduced PC1/3). A special focus will be put on the interaction of PC1/3 and PWS genes. For this, we are going to delete PC1/3 or the PWS gene Snord116 specifically in beta cells and explore the molecular and functional consequence of this. Further, we are going to study whether these manipulations alter the activation of the satiety hormones insulin and islet amyloid polypeptide. We expect to shed light on the role of PWS genes in the beta cell of the endocrine pancreas. Further down the road, given that our hypothesis holds true, the idea of a “PWS gene --> PC1/3 --> insulin/Iapp --> satiety --> food intake --> obesity” axis could be evaluated in living mice with beta cell-specific deletion of PWS genes. 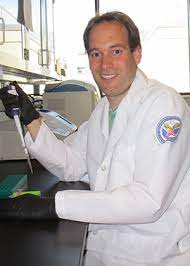