Prader-Willi syndrome (PWS) is a genetic disorder characterized by impairment of a myriad of physiological systems including growth, development, metabolism and reproduction. Although the physiological deficits observed in individuals with PWS come to be well-recognized, the mechanisms and/or cause for the generation of these characteristics are not fully understood. One feature common to patients diagnosed with PWS is the high levels of circulating hormone ghrelin. Ghrelin is produced predominantly by the stomach cells. Ghrelin levels rise prior to meals, following food deprivation and in response to weight loss resulting from chronic exercise, eating disorders (bulimia and anorexia nervosa) and cancer cachexia. Importantly, ghrelin administration potently stimulates feeding and lowers energy expenditure. Recent studies in animals and human subjects suggest that ghrelin has a role in regulating the systems affected by PWS, especially body weight, food intake and reproduction. However the brain sites and the specific cell population mediating these effects are unsettled. Recently, the role of a cell membrane receptor called GPR54 and its ligands, the Kisspeptins (products of the Kiss1 gene), in regulating reproduction has become clear. In humans and mice, mutations causing loss of function of the GPR54 gene prevent the development of puberty. Deletion of the Kiss1 gene results in abnormal sexual maturation and decreased sex hormones levels. Interestingly, the expression of Kiss1 gene is decreased in states of fasting, when ghrelin level is increased. In female mice, ghrelin treatment decreases Kiss1 gene expression and sex hormone levels. Thus, we hypothesize that the reproductive impairment and part of the metabolic phenotype observed in PWS is mediated by ghrelin action to suppress Kiss1 expression. In order to test our hypothesis, we will generate a mice model that lacks ghrelin receptor (GHSR) selectively in cells, which express Kiss1 gene. These animals will receive prolonged ghrelin administration to mimic high levels of ghrelin observed in PWS. We will be able to assess whether ghrelin action on Kiss1 cells mediate ghrelin’s effect on pubertal development, reproductive function in adult life, and on body weight, body composition (lean and fat mass) and food intake regulation.

1. Ghrelin receptor expression in specific brain sites (i.e., the arcuate nucleus of the hypothalamus) is modulated by changes in circulating levels of estrogen. The arcuate nucleus is a key site in the control of metabolism and reproduction. Our findings indicate that the effect of ghrelin in this specific brain site changes according to the estrogen milieu. Studies will be performed to test the hypothesis that change in ghrelin receptor expression in this specific site is involved in changes in food intake (satiety/hunger) during the rodent estrus cycle (equivalent of menstrual cycle in humans).

2. Estrogen-induced change in ghrelin receptor expression was specifically detected in Kisspeptin neurons. Kisspeptin is involved with the control of female reproductive physiology, suggesting that regulation of ghrelin receptor plays an important role in female reproduction. Studies will be performed to assess if this effect is also observed in conditions of negative energy balance (e.g., calorie restriction) when gonadotropin levels are decreased and fertility is compromised.

3. Ghrelin directly activates Kisspeptin neurons of the arcuate nucleus. This neuronal population has been implicated in the control of negative feedback action of estrogen across the estrus cycle. This finding is an additional support for a role of ghrelin in female reproductive function. Studies will be performed to elucidate the specific function of ghrelin in female reproductive physiology.

A critical view of the use of genetic tools to unveil neural circuits: the case of leptin action in reproduction. Elias CF. American Journal of Physiology-Regulative, Integrative and Comparative Physiology. 2014 Jan 1;306(1):R1-9. 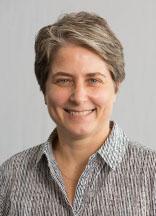