Role of the PWS Gene Magel2 in the Developing Hypothalamus

Dr. Malcolm Low is an expert in the biology of the nervous system as it relates to appetite. Previously, he has discovered that the Magel2 protein is active in a set of neurons in the brain that regulate appetite. In this project, his team will apply a cutting edge technology, “single cell sequencing”, to determine how these neurons and brain circuits develop in the brain of a PWS mouse. This will provide a foundation for understanding how loss of the Magel2 gene changes these brain circuits, leading to abnormal appetite in PWS.  The study is expected to generate knowledge important for efficiently identifying new targets for therapeutic intervention.

Prader-Willi syndrome (PWS) affects 1 in 10,000 to 30,000 live births and there is no specific cure. The clinical features of PWS are well-defined and include severe neonatal muscle weakness, endocrine anomalies (growth hormone deficiency, hypogonadism), dysmorphia, developmental delay, and eating disorders that evolve from suckling difficulties after birth to unrelenting appetite and obesity in late childhood. The genetic basis of PWS is the sporadic loss of expression of genes in chromosomal region 15q11-q13 of the allele donated by the father at fertilization of the mother’s egg. The allele from the mother is always inactive due to “imprinting” so it cannot compensate for mutations in the father’s copy of chromosome 15. Five genes, including MRKN3, MAGEL2, NDN, NPAP1, and SNURF-SNRPN have been identified in this region and their mutations play pivotal roles, individually or in combination, to cause the signs and symptoms of PWS. For example, patients carrying a defect only in the MAGEL2 gene have many, but not all, of the clinical features of PWS. The mouse version of the Magel2 gene encodes a protein that is highly similar to its human counterpart and, therefore, mice with an engineered mutation of Magel2 recapitulate many of the phenotypes of PWS patients including significant reproductive and endocrine defects and altered fat mass composition. Relatively little is known about what the Magel2 protein normally does in neurons or how its loss of function contributes to PWS. Our lab has recently discovered that Magel2 is frequently coexpressed with another gene named Proopiomelanocortin (POMC) in brain cells of the hypothalamus during fetal development. Loss of POMC expression also causes increased appetite and obesity in childhood. These similarities lead us to hypothesize that Magel2 is important for some aspects of POMC neuron function. In this proposal, we will use a recently developed molecular technique called single cell RNA sequencing to identify all of the genes that are expressed together with Magel2 and POMC in individual neurons of the hypothalamus. We predict that some of these genes will be the missing connection between Magel2 and POMC function and that further analysis of their biological activity by gain- or loss-of-function experiments in mouse models will lead to new insights about how altered brain circuits contribute to PWS. Identification of these genes may lead to novel targets for pharmacological or genetic therapies that can reduce the burden of PWS in patients with this disease.

Prader-Willi syndrome (PWS) affects 1 in 10,000 to 30,000 live births and there is no specific cure. The PWS gene Magel2 is highly expressed in the hypothalamus and loss of function studies revealed substantial cellular and molecular changes in neurons from several hypothalamic nuclei including the suprachiasmatic, paraventricular, supraoptic and arcuate nuclei and the lateral hypothalamus. In addition to neuronal alterations, loss of Magel2 increased the density and activation states of microglia in adult hypothalamus. Taken together, we propose to characterize global changes in hypothalamic gene expression and identify novel cell populations associated with loss of Magel2 function using a single nucleus sequencing method. We isolated the nuclei of single cells from the hypothalami of Magel2-WT and Magel2-null mice of both sexes (n=2 for each sample) for RNA-sequencing utilizing the 10x Genomics platform. In addition to single nucleus sequencing of the hypothalamus, we performed QuantSeq (n=4) to profile the overall transcriptional changes in Magel2-null mice. Our data suggested that loss of function of Magel2 does not alter overall cell type composition in the hypothalamus of either sex. However, we identified that the Fkbp5, Zbtb16, and 2900097C17Rik genes are significantly over expressed in Magel2-null compared to wildtype mice. Interestingly, the highest expression of these transcripts was in the astrocytes and oligodendrocytes rather than neurons. The ongoing analysis will further investigate the transcript abundance in each cell type and the unexpected importance of glial cells instead of neurons in response to a loss of MAGEL2. 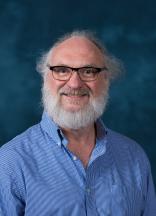