The Functional Development of Hunger Neurons in Prader-Willi Syndrome

AgRP ('hunger') neurons are found in the hypothalamus and control feeding, metabolism and compulsive behaviors. There is evidence that AgRP neurons may be overactive during development in PWS, which might lead to some of the characteristics of PWS. In this project, Dr. Dietrich will use a cutting edge technology developed in his lab to evaluate AgRP neurons in a mouse model of PWS in order to determine if the neurons are in fact overactive throughout development and across the lifespan of these PWS mice. This project will better define the altered brain circuits responsible for some of the most challenging issues in PWS, with the goal of establishing new modes of therapies.

Prader-Willi Syndrome (PWS) is a disorder that presents both metabolic and behavioral symptoms. PWS is caused by the loss of several genes in the human chromosome 15. The similarity between the PWS genes in humans and mice make the latter an attractive model to study the different aspects of this syndrome. PWS has been related to an altered function of a region in the mammalian brain, called hypothalamus. The hypothalamus is responsible for controlling essential functions, such as sleep, energy balance, and fertility.

Our group has been working on a specific population of neural cells in the mammalian hypothalamus, named Agrp neurons. Agrp neurons control multiple physiological functions, including adiposity, feeding, and compulsive behaviors. In preliminary studies, we found PWS related genes are enriched in Agrp neurons, mainly Magel2. Additionally, others described the gene expression profile of post-mortem samples of the hypothalamus of PWS subjects as resembling an overactivation of Agrp neurons. Based on this strong preliminary evidence, in this project we hypothesize Agrp neurons are overactive during the development of PWS subjects, contributing to clinical aspects of this syndrome. We will use a mouse model deficient in Magel2 to test this assumption, applying novel techniques that we have developed in our laboratory. For the first time, this study will evaluate in detail the function of a neuron population from breastfeeding to adulthood in an animal model of PWS, shedding new light on the pathophysiology of PWS.

In this project, we focus on studying the neurodevelopment of mice that are deficient for Magel2, one of the genes involved in PWS. We developed and applied a series of state-of-the-art tools to study infant mice during the period of lactation, a period of life that offers high translatability to the human studies. First, our findings point out to an altered function of hypothalamic Agrp neurons in infant mice that are deficiency of Magel2. Agrp neurons are considered hunger-producing neurons, because when activated in adult animals they induce robust food intake. Our results show that, before these neurons control hunger for food, their function appears to be altered in Magel2 deficient mice. Further studies are needed to confirm these findings. Second, we found that Magel2 deficient mice have discrete deficits in vocal behavior when separated from their mother—i.e., infant cry response. The lower vocal behavior in the Magel2 deficient infants correlated with lower levels of maternal care towards the deficient offspring compared to wildtype offspring. Overall, our findings demonstrate phenotypic changes in a mouse model of PWS during the early postnatal period, when mice are still breastfeeding. These findings open the potential to study at the mechanistic and causal level the sources for these phenotypes at an age that has ample translational potential to the human condition. 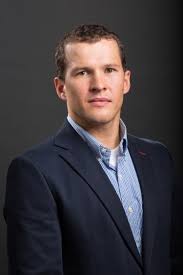