Our goal is to understand the molecular pathways disrupted in Prader-Willi syndrome (PWS) and to develop therapeutic interventions for this disorder. Through the biological process called genomic imprinting, the chromosome 15 that is inherited from the father has a set of genes that is switched on while the same set of genes on the chromosome 15 inherited from the mother is switched off. In PWS, there is no complete copy of the paternal chromosome 15 so PWS individuals only have the switched off copies that came from the mother’s chromosome 15. We have identified a component of the switch off mechanism, a protein called ZNF274, that binds only to the silent maternal chromosome 15 in stem cell lines created from PWS skin cells. We have depleted ZNF274 in these PWS stem cells, differentiated the ZNF274-depleted stem cells into neurons and succeeded in turning on the set of genes from the maternal chromosome 15. Unfortunately, completely depleting ZNF274 from cells can have unwanted consequences so, here, we are proposing to specifically interfere with ZNF274’s binding to the PWS locus. Our approach is to engineer a molecule called a CRISPR/de-activatedCas9 (dCas9) to specifically attach to the ZNF274 binding sites. To prepare for these experiments, we have determined the precise DNA nucleotide sequence of the binding site for ZNF274 so that we can target the dCas9 molecule to the ZNF274 binding sites and blocking the interaction between ZNF274 and the PWS locus, and activate the maternal PWS alleles.

We have demonstrated that knockout of ZNF274 leads to activation of the maternal PWSCR in human PWS iPSC-derived neurons. Expression from the PWSCR initiates from the upstream SNRPN promoters, which are preferentially used in neural derivatives. The PWS-IC, which harbors the canonical SNRPN promoter, remains fully methylated and does not contribute to the expression of the PWSCR in PWS neurons harboring a ZNF274 knockout. We have also mutated 5 of 6 ZNF274 binding sites, and have deleted the full ZNF274 binding cluster within maternal SNORD116 using CRISPR/Cas9. When PWS iPSCs harboring these ZNF274 binding site deletions/mutations are differentiated into neurons, they also activate the maternal PWSCR, similar to the ZNF274 knockout iPSC-derived neurons. Finally, we have generated a PWS iPSC line harboring an inducible, non-cutting CRISPR vector (dCas9) and guide RNAs to direct this dCas9 to the ZNF274 binding sites. This cell line will allow us to determine whether we can block ZNF274 from binding to its sites in maternal SNORD116 without editing the genome. 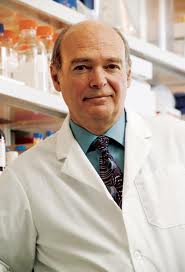